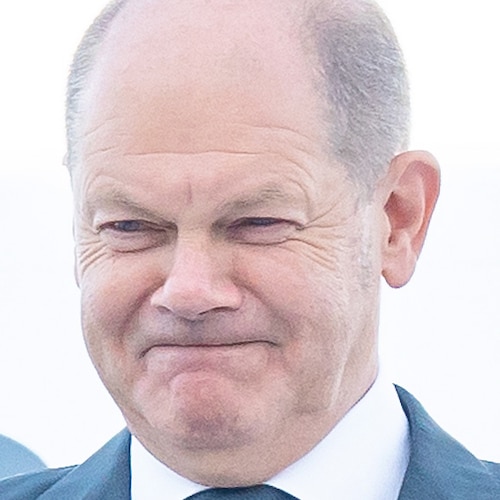 As he got off the plane, he briefly greeted the motorcade of a dozen people waiting for him, including the Deputy Prime Minister of Canada, Chrystia Freeland. Then, the Chancellor quickly boarded a secure convoy of about fifteen vehicles.

During his visit to Montreal, Toronto and Newfoundland and Labrador, the Chancellor is scheduled to speak with Justin Trudeau about the conflict in Ukraine and its global repercussions.

The two countries caused controversy in early July with the question of the return of turbines from the Nord Stream gas pipeline in Germany, belonging to the Russian giant Gazprom. This decision, which seemed to go against the sanctions imposed against Russia, had strongly reacted in Ukraine.

Ottawa then explained that it wanted to help Europe “access reliable and affordable energy as it continues its transition away from Russian oil and gas,” said Natural Resources Minister Jonathan Wilkinson.

According to Pierre St-Cyr, retired colonel and former Canadian defense attaché in Russia and Ukraine, European countries, dependent on Russian gas, fear that Vladimir Putin will cut or reduce the supply this winter.

“That would be terrible – and perhaps to be expected – because they might run out of gas to heat themselves and power their homes. It can be something that is even more threatening, ”warns Mr. St-Cyr.