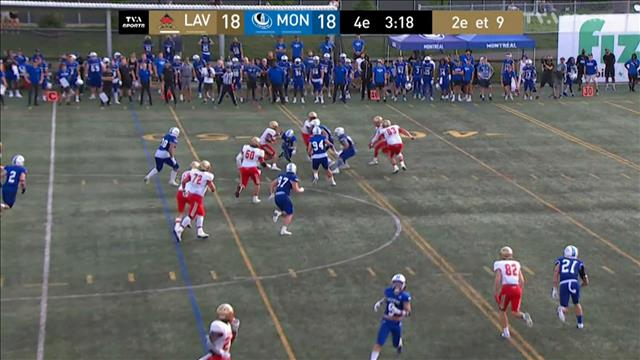 A 45-yard kick from Philippe Boyer in the dying seconds of the fourth quarter gave the Université de Montréal Carabins a 21-18 victory over the Université Laval Rouge et Or in the first game of the season between these two powers, Saturday, at the Complexe sportif Claude-Robillard.

The Carabins are undefeated in two games, while the Rouge et Or are 2-1. But the representatives of Université Laval dearly defended their honor.

The best moments of the match between Laval and Montreal. (Images: TVA Sports/USports)

Boyer, however, managed two field goals in the fourth quarter, including the victory. The Montreal kicker scored four during the game.

The Carabins will host the Sherbrooke University Vert et Or next Friday. The Rouge et Or will enjoy a week off before hosting the Concordia University Stingers on September 25. The two teams will meet on October 16, in Quebec.