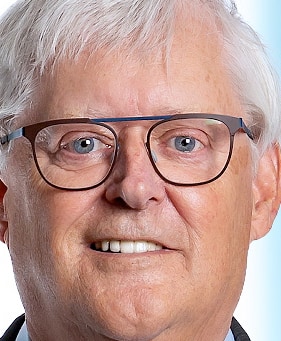 “You can pay me cash, otherwise I will have to add the taxes. This is the kind of phrase that we are likely to hear more and more often with inflation which has reached a 30-year high, while the size of the underground economy is already approaching $20 billion.

• Read also: Angered by the moonlighting epidemic born with the pandemic

“As part of the 2022-2023 budget, the Ministère des Finances estimated the size of the underground economy in Quebec at $16.8 billion for 2019 and the resulting tax losses for the Quebec state at $2.8 billion. $”, details at Log Jacques Delorme, spokesperson for the Ministry of Finance.

With inflation hitting 7.3% last month after hitting an 8% peak in June, the job below the table is getting much more enticing, according to experts consulted by The newspaper.

“If there are companies that can easily compete on the black market, it will one day hurt those that don’t. It will complicate their recruitment. That’s what scares me,” warns Richard Gaudreault, partner in the Labor and Employment Law group at Lavery.

“Inflation could cause companies to go in that direction. This is why the government must be vigilant,” he adds.

For Jean-Claude Bernatchez, full professor of labor relations at the University of Quebec at Trois-Rivières (UQTR), undeclared work acts like a real magnet.

“The higher the cost of labor [salaire et charges sociales]the more tempting it is for an employer to turn to undeclared work,” he says.

“As the tax is progressive, and even exponential, it can be tempting for employees,” underlines the director of the Labor Relations Observatory.

For his part, Bernard Fortin, professor of economics at Laval University, recalls that the phenomenon remains very difficult to measure.

The man who wrote a vast study on the subject 20 years ago is rather of the opinion that the opposite could even happen in a period of high inflation.

“We are in a situation of very strong competition, which tends to bring down the underground economy,” he analyzes. 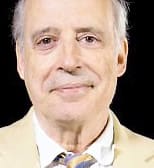 “Undeclared work is found a lot among self-employed people,” he continues.

According to him, the black worker resembles the figure of the “free rider”.

“While often adapting very well to the public services it consumes, it does not participate equitably in their financing. On the social level, the generalization of the phenomenon can lead to a loss of confidence in the law as well as a weakening of democracy”, could we read in his study, which has not aged a bit.

In the world of auto repair, François Paradis, who waters the job site Mécanicien.ca, finds that inflation plays spoilsport.

At the Association of Construction and Housing Professionals of Quebec (APCHQ), we claim to want to fight undeclared work.

“Among the sectors of activity in the underground economy in Quebec and Canada, residential construction ranks first,” reads a 2018 study by the group.

Encouraging fact, according to the APCHQ, if between 2011 and 2016 the GDP, the underground economy and investments in renovation jumped by 15%, 10% and 18%, underground residential construction would have declined by 3%.

►The APCHQ estimates that the introduction of renovation tax credits since 2013 has reduced the use of undeclared work.

Caroline Bédard, CEO of TAQ, calls for the abolition of the “$30,000 rule”. She explains that lowering this ceiling to zero would drastically reduce undeclared work and increase the credibility of self-employed workers.

An association lifts the veil on the taboo of undeclared work among self-employed workers by daring to say out loud that many of them would thwart the tax authorities by ignoring the “$30,000 rule”.

“It’s tempting for a self-employed person. We get along,” admits Caroline Bédard, CEO of Autonomous Workers Quebec (TAQ), in a calm voice.

While omerta reigns in the middle of the self-employed, Ms. Bédard does not budge: you have to burst the abscess to make things happen.

“If someone does websites, it’s more difficult because the client wants to have an invoice, but when you come to quick services, like dog grooming, it can be easier to put black,” she continues.

According to her, the fact of lowering this ceiling to zero would make it possible to melt moonlighting like snow in the sun in addition to increasing the credibility of the self-employed worker.

“A self-employed worker sometimes has trouble going to the bank to buy a house because it’s harder to commit to his turnover. That would help,” explains Caroline Bédard.

For Gervais Bisson, president of the Professional Association of Hairdressing Employers of Quebec (APECQ), Ms. Bédard is hitting the bull’s eye.

“We lose our employees who ask us for black. The government knows it. In chair rental, more than 99% of landlords and tenants are illegal, ”he argues.

►In a brief tabled in the House of Commons, TAQ goes so far as to say that the fact of not recognizing the status of self-employed worker results in outright “discrimination”.

Fans of the “sharing economy” not immune

“As a participant in the platform economy, you could be considered a self-employed person operating a business. In this case, your tax obligations are different from those you would have if you were an employee, ”underlines the federal body.

A self-employed person must declare his income, pay the tax payable, contribute to the Québec Pension Plan and keep an accounting register.

If he declares less than $30,000 in income per year, the “small supplier” does not have to register for the GST and QST files.

On social media, influencers engage in commercial activities when these “involve an element of profit and are undertaken in a sufficiently organized and commercial manner”.

THE 4 TYPES OF PLATFORM ECONOMY

Work on a freelance basis or in the form of a short contract (Clickworker, Crowdsource, Fiverr, etc.).

Sale of goods from one person or party directly to another (through Etsy, eBay, Amazon, etc.).