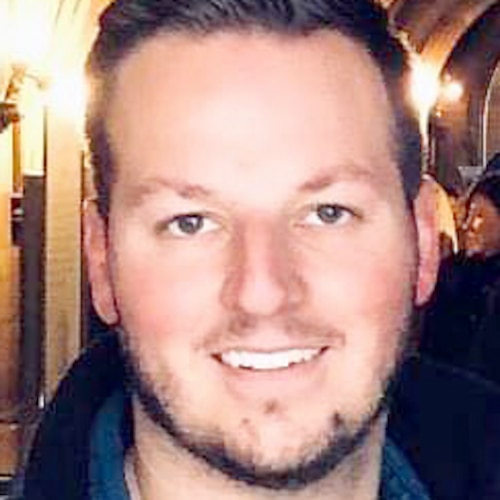 The man who was violently slammed head first against a wall during a muscular intervention by the Quebec police last year puts the City on notice for $ 400,000, he who is unable to resume his life before because of the sequels.

Mathieu Gamache admits it bluntly, he has not been the same man since the evening of October 16, 2021.

He was that evening with friends at the District Saint-Joseph restaurant-bar. The fault that will have changed his life was not wearing a mask, when the health rules imposed it.

Arrested by the police who came to make a round of the district, the 30-year-old believes that the agent involved did not hear him when he told him that he was going to put on his mask which was a little further away. This is where the intervention degenerated.

The images from the surveillance cameras show Mathieu Gamache being brutally pushed against a wall of the establishment, his head taking the shock. “All because I was dancing without a mask”, drops the man, bitter.

It is that these few seconds have upset his existence, he explains in the formal notice that The newspaper has obtained. The shock left him with a severe concussion from which he still hasn’t fully recovered a year later.

“I have a lot of difficulty with my energy. And I still have problems with one eye, ”explains Mr. Gamache, who must constantly fight to get the system to recognize the mess in which he is entangled.

He also says he developed strong anxiety and constant stress that caused him panic attacks. “I’ve never had this before and then I found myself lying in a ball crying next to my shopping cart at Walmart, not understanding what’s going on,” he says.

These problems ultimately cost him his job as a sales manager at a manufacturing company. “The phone was ringing and I was no longer able to answer. I am unable to concentrate on anything, ”says the father of two children.

The man’s split scalp after the altercation.

Loss of trust in the police

If no settlement is reached shortly, Mathieu Gamache assures that he is ready to move forward with a civil lawsuit against the City of Quebec. He and his spouse, present during the altercation, are claiming $396,000 in damages from the City of Quebec.

The police officer who pushed him, Constable Jacob Picard, is the subject of a claim for $30,000 “due to the acts of aggression […] of extreme and disturbing violence”.

“It’s the same policeman who is involved in several videos that we saw last year. But how many of these violent interventions were not filmed? That’s what’s sad, that’s what must change, ”insists the man, who says he has lost confidence in the police since.

” It’s finish. It’s gone that I tell my children that if something happens, you have to call the firefighters, ”he images, his throat tight.

Quebec City declined to comment on the case. The DPCP is still studying the case for criminal charges.

In addition to the aftereffects, he must fight against the system

In addition to fighting daily against the consequences he keeps from his violent arrest, Mathieu Gamache must fight against the system, which he accuses of having a de facto bias in favor of authority.

“Nobody really believes me, nobody believes that a policeman can do that,” says the man.

Even the Compensation for Victims of Crime program.

“I understand them for not wanting to make a decision because if they compensate me, they condemn the policeman. But me during that time, I wait, ”adds Mr. Gamache.

Even though he was not charged with anything in the end, the system still seems to doubt his version, adds his lawyer, Mr.e Francois-David Bernier.

“As it is an attack by a policeman, he falls between two chairs, he falls into oblivion. And this, even if there is a damning video. […] There is a normal frustration for my client to see that we let it go in indifference, that the police officer involved today has his salary, despite the fact that everything was captured by the cameras, “says the lawyer .

Mr. Gamache struggles to see his record recognized by employment insurance, in addition to fighting with his own insurance.

“I’m constantly asked for papers and since I didn’t have a family doctor, I have to go to walk-ins and tell my story to each new doctor. And each time, they don’t really believe that I could be the victim. »

Without income for several months, he also had to go to private consultation in neuropsychology and osteopathy to treat his injuries.

“It cost me all my savings. It cost me $15,000 just in neuropsy care,” he laments, adding that the whole thing obviously has an impact on his family.

“The policeman has been reassigned to administrative duties, but he has his full salary. […] And during that time, I still have trouble doing activities with my children because my batteries are discharging all the time, ”protests Mathieu Gamache.

Some interventions by the Quebec police that made the headlines

Intervention in the District Saint-Joseph where the surveillance cameras show the police officer Jacob Picard pushing a customer violently against a wall.

On Grande Allée, the same policeman appears in an amateur video where he shouts at an individual “Do you want me to gas you, my host? » before throwing him against a patrol car.

A client of the Portofino restaurant was beaten up by police officers from the GRIPP squad after verbally intervening when the officers were speaking to a friend of his.

Excerpts from the formal notice

“When Officer Picard placed both hands on his chest, our client made no gesture of resistance and even less provocative, offensive or defensive gestures towards the police, which unequivocally demonstrates that it was a totally gratuitous aggression. »

“Our client begs agent Jacob Picard to stop his aggression against him by constantly repeating to him that he does not understand why he is being treated this way, that he is not a criminal, but rather a father . […] To which the agent replies: “We don’t care about your children”, while striking him with additional blows to the ribs and legs. »

“Worse still, while our client shows several signs of visible serious injuries […] the officers do not offer to go to the hospital at any time […]. The agents rather deliberately decide to ignore his state of health and drop him off alone at his residence. »

” [L’agent Picard] exhibited highly violent, casual and highly disturbing behavior for a police officer in the City of Quebec. »